Sustained and improved healthcare for all 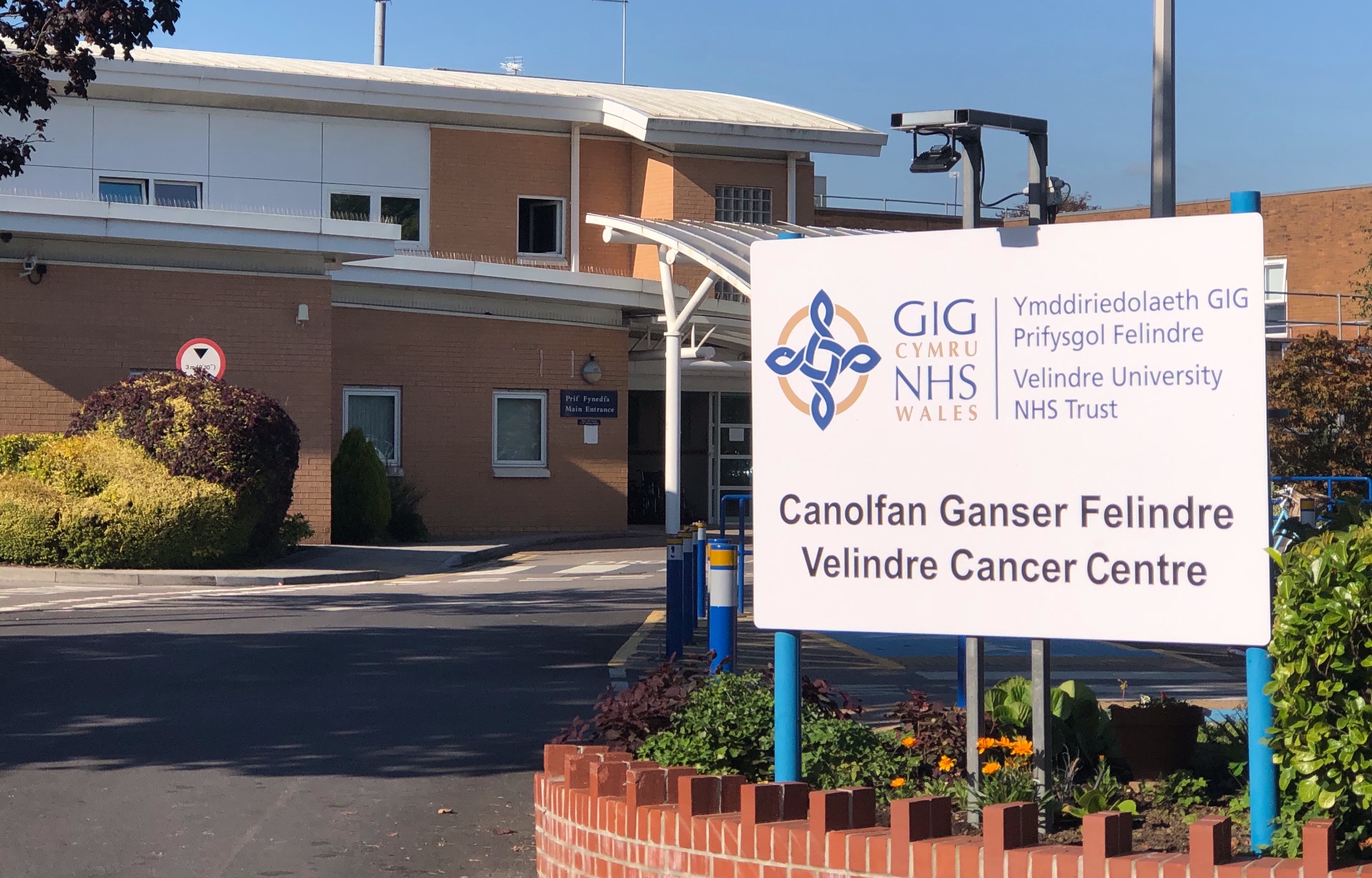 Cardiff North is home to major health centres including the University Hospital of Wales (Heath Hospital) and Velindre Cancer Centre. These centres provide state of the art health care to thousands of residents in not only Cardiff North but throughout South Wales. It is important that residents in Cardiff North are confident that our NHS will be there for them in their hour of need and that politicians remain entirely committed to our NHS.

Health is one of Joel’s campaign priorities because it is vital that health provision is sustained and improved in Cardiff North. When compared to other parts of the Untied Kingdom, there are parts of the health service in Wales which need to improve and Joel is determined to ensure the Health Service in Wales gets the support it needs. A recent article by BBC Wales News highlighted that ‘dilapidated NHS buildings need £261m worth of work on problems deemed to pose high or significant risks’. â€¨

Wales lacks a Cancer Drugs Fund and Joel is determined to ensure that provision is made available here in Wales for those suffering with cancer to access life prolonging drugs.

'Health must always be a priority for any individual seeking public office because it so important that our NHS always remains free at the point of need and that the concerns, observations and views of the thousands of hard-working members of staff are listened to and acted on. Our NHS should not be a political football and its important that members of the public know that if elected I will campaign to ensure our NHS receives the support it so rightly deserves.'

Support and funding for our schools, colleges and local authorities 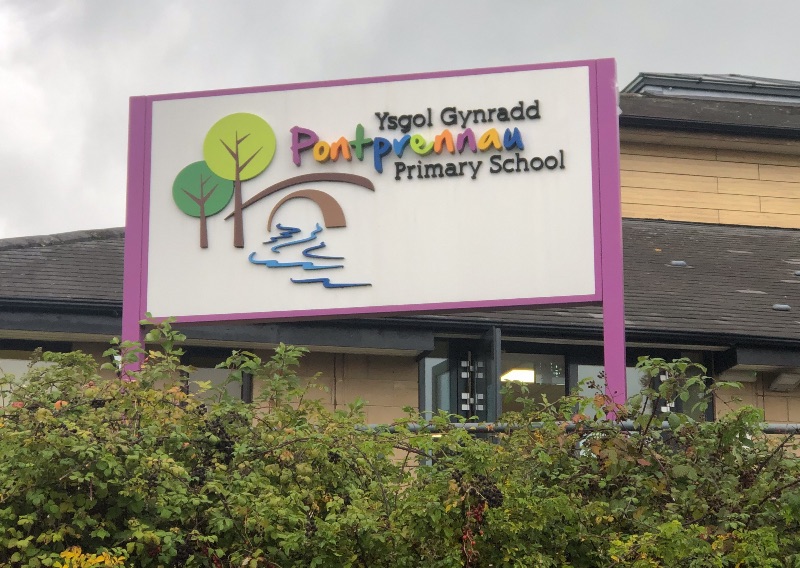 Cardiff North has some great schools and colleges where the teachers, support staff and governors ensure that each and every child has the best opportunity at achieving their full potential. As a school governor for five years Joel has listened to the views of staff, parents, governors and trade union officials and will be an uncompromising champion for all those who work in not only our schools and colleges but in local government.

As a campaign priority Joel will continue to call for greater funding for our schools and colleges and more local school places for local children. Linked with Joel’s Transport and Infrastructure priority, Cardiff’s Local Development Plan will see 40,000 dwellings built across Cardiff and it is vital we have the local schools in place in Cardiff North to cater for the increase in pupil numbers.

Joel’s view is crystal clear; it is vital that developers building large developments in Cardiff North pay for the infrastructure, such as schools, health facilities, public transport and roads to support such large developments. If necessary bonds should be taken from large developers to ensure they deliver on their commitments.

“I value the significant contribution of our teachers and support staff in our schools, colleges and local authorities who between them all ensure that children in Cardiff and throughout Wales do their best and maximise their potential. It cannot be right that children in Wales get £100s a year less in funding compared to England. With the Welsh Government getting £1.20 for every £1 spent on public services in England it is wrong that our schools, colleges and local authorities are not better supported by the Welsh Government. If elected I will continue to listen and act on the concerns and views of parents, governors and our public servants.”

A Wales that works for individuals and businesses 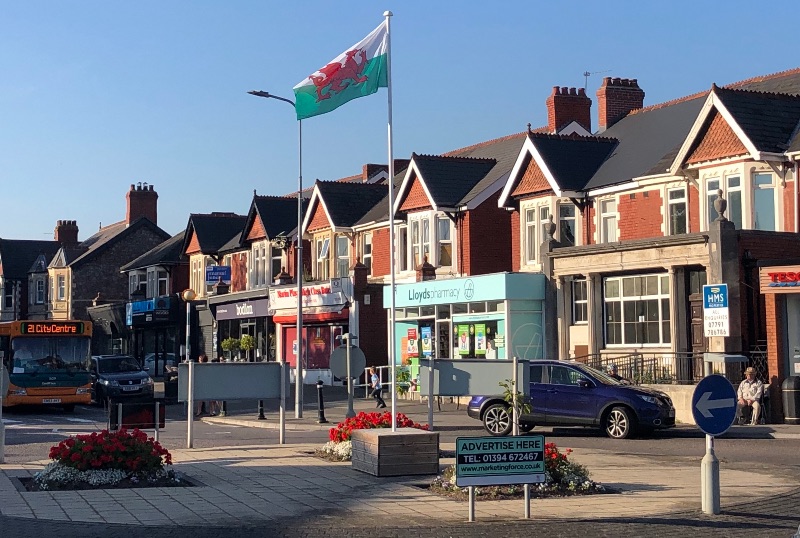 The Welsh Labour Government have had control over economic development here in Wales for far too long. Businesses are suffering here in Wales under Welsh Labour and Joel will fight for our small and medium sized businesses- who are the lifeblood of our high streets. With income tax now partially devolved to the National Assembly for Wales it is important Wales becomes tax competitive to attract businesswomen and businessmen to invest in Wales and create high skilled and well paid jobs.

“Its about time the Welsh Assembly championed businesses and supported the thousands of women and men who make sacrifices on a daily basis by employing local people and providing services to us here in Cardiff North and throughout Wales. Reducing income tax to attract businesses and investment to Wales is important because in turn that means more money for our public services- something we all benefit from.” 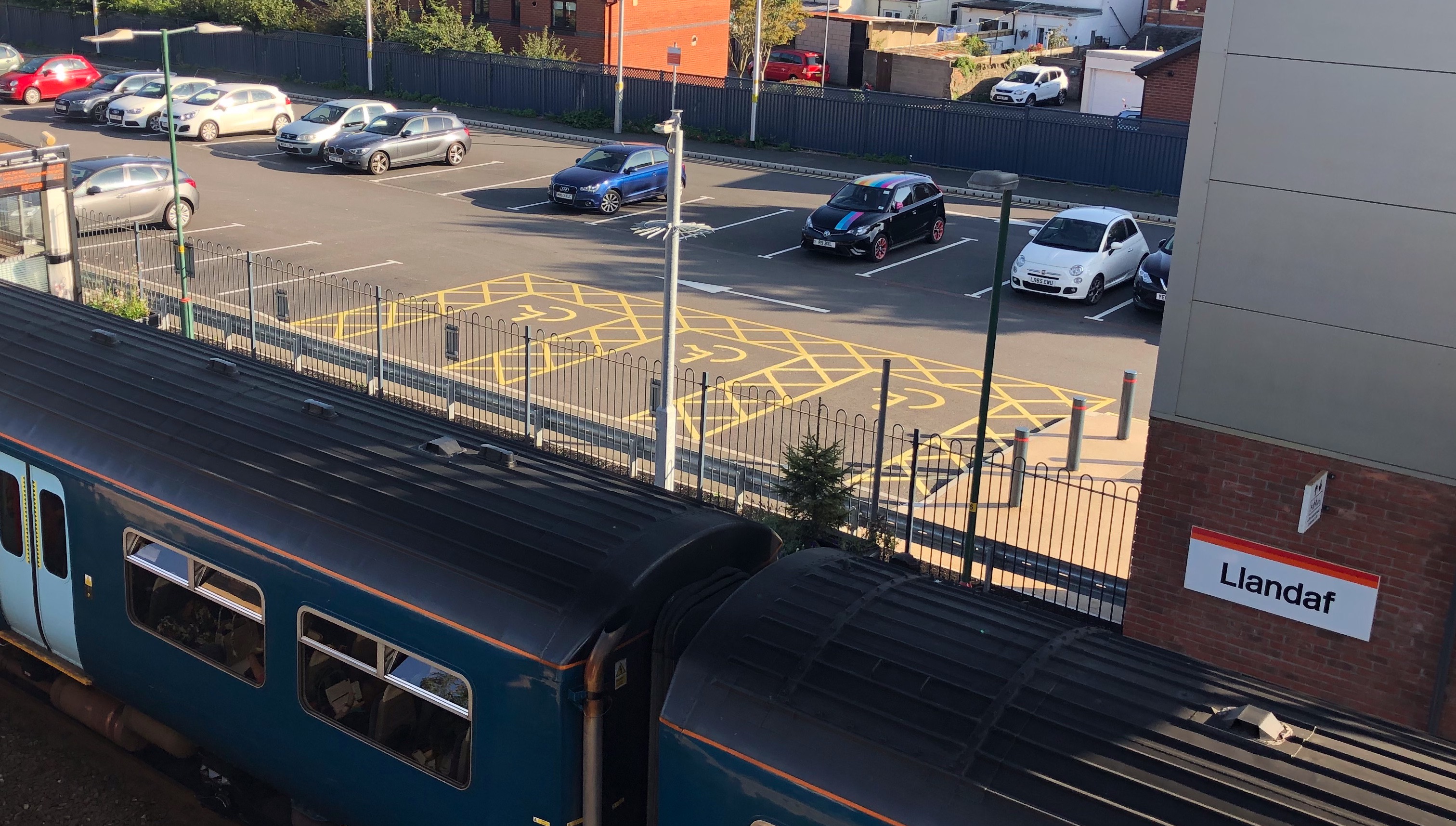 With Cardiff Labour approving a Local Development Plan to build thousands of dwellings in Cardiff North our roads and infrastructure will be placed under greater strain. Joel supports the development of homes in Cardiff on the condition that roads, infrastructure and public transport provision is in place before embarking on such large schemes.

Developments are taking place throughout Cardiff North and Joel has highlighted (and will continue to do so) the pressures on schools places and our doctors surgeries. The Wlesh Government must ensure that public services are available within local areas including new communities in Cardiff North and Joel wants to ensure this takes place if elected in May 2021.

“For years I have held the view that Council’s should develop on a regional basis with Cardiff working with Councils in South Wales to have a regional development plan- it is such a shame that Welsh Labour do not share this view. By having regional development we can better resolve infrastructure and improve public transport.” 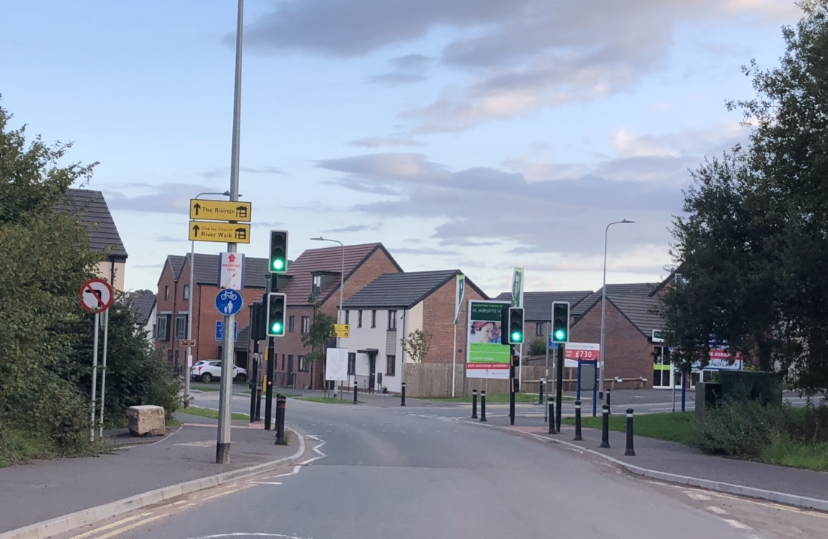 With thousands of homes being built in Cardiff North and across Wales it is vital the Welsh Government use its powers to improve design standards for new build properties and ensure local amenities are in place. In a recent development in Cardiff North a developer has failed to deliver local amenities on time, this includes the delivery of a local primary school. Residents are getting a raw deal from some developers.

The Senedd should also introduce laws to protect purchasers of new build properties to protect them from unfair developer practices. Joel Williams has been working closely with residents in new developments in Cardiff North who have been poorly treated by some developers.

Joel Williams commented; "I want to ensure Planning Departments take tough action on developers who fail to deliver projects in line with their conditions of planning. Developers seem to be calling the shots and it is important residents in new developments in Cardiff North get what they have been promised by developers. Giving statutory protection to purchasers of new build properties is important; it not only protects purchasers but also sends a clear message to developers that the Government is on the side of reasonable and decent homeowners."

Caring for our Planet, action on climate change and sustainable policies 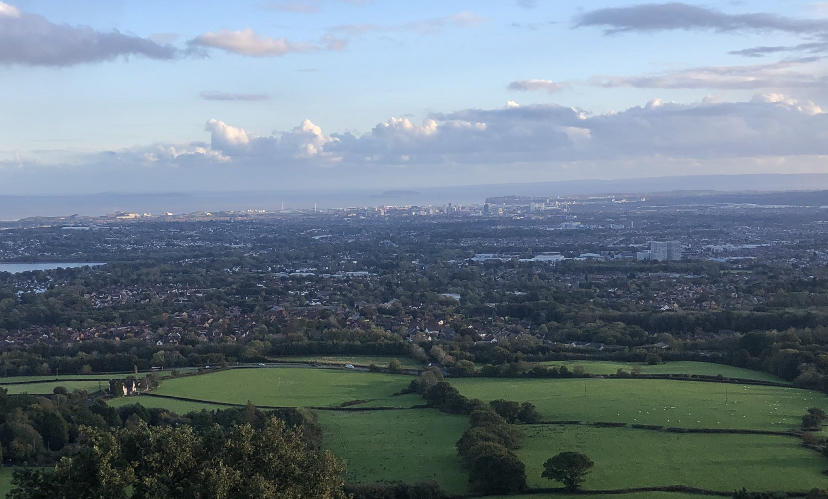 By working with colleagues from across the political spectrum Joel Williams wants to ensure we protect green spaces, ensure clean air and live sustainably in not just Cardiff North but across Wales. Joel Williams will campaign to protect our woodlands, beaches and sea life whilst championing new innovative ways to encourage small to medium sized businesses to play their part in working towards a Carbon neutral future by 2050.

Joel Williams commented; "I want voters in Cardiff North to know I will work protectively with politicians from all parties to ensure we deliver sustainable policies to protect our Planet and ensure support is there for businesses and individuals as we move towards becoming a Carbon neutral future. It is unconscionable for us to sit back and do nothing. The onus is on us to protect our Planet for future generations." 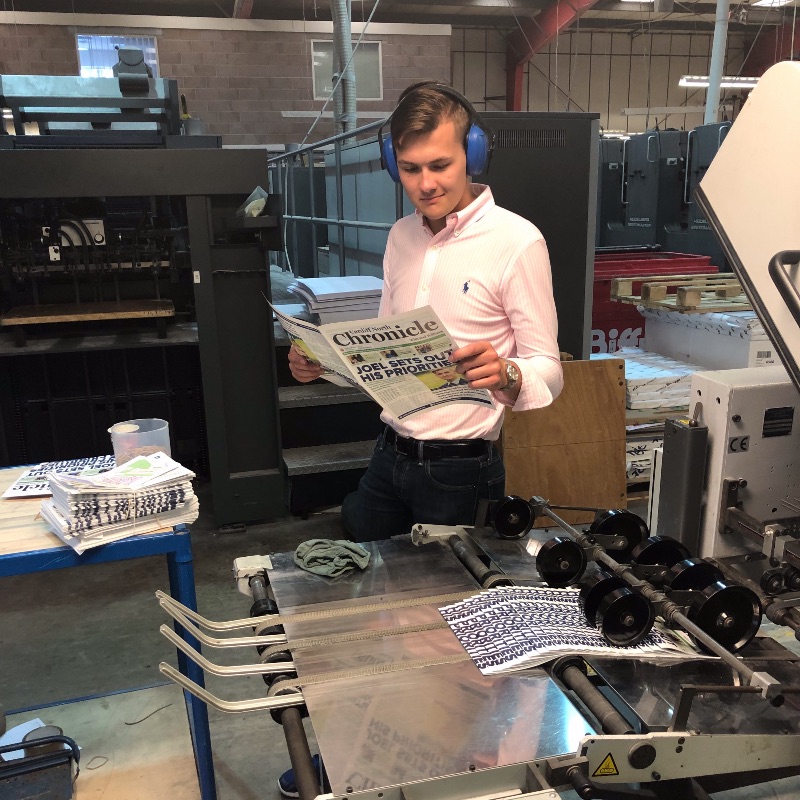